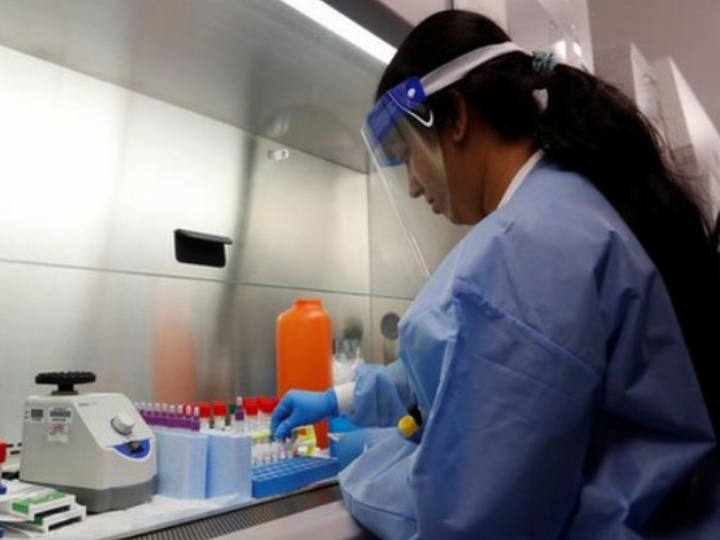 India has decided to increase the current testing capacity for COVID-19 for which orders for close to 63 lakh RT-PCR testing kits have been placed. The target is to test 5.3 million (53 lakh) Indians in the coming months.

As the number of coronavirus cases continues to shoot up across India, the government has decided to increase the current testing capacity for COVID-19 for which orders for close to 63 lakh RT-PCR testing kits have been placed.According to the reports, a senior Health Ministry official said that the target is to test 5.3 million (53 lakh) Indians in the coming months. Therefore, an order slightly in excess of the figure was placed which is expected to arrive in India after May 10 and the rest will be supplied in a phased manner.

The official further said that India has placed the order of RT-PCR kits with South Korean companies ‘Seegene’ and ‘SD Biosensor’, ‘Altona Diagnostic’ in Germany, ‘Life Technologies’ in the USA and ‘Shanghai Forum’ in China. Out of these companies, South Korea’s SD Biosensor has received a repeat order after successfully fulfilling India’s initial requirement of RT-PCR test kits.As per the Indian Council of Medical Research (ICMR), the standard protocol to diagnose COVID-19 infection is an RT-PCR test of the throat and/or nasal swab, which detects virus at an early stage. There are three steps involved in testing a coronavirus sample.

#COVID19Outbreak: #India places order for 6.3 million RT-PCR kits to test #COVID19 to increase the current testing capacity for the virus in the country. pic.twitter.com/1Xu2ImRzZf

A senior official Health Ministry told a national news agency that “At present, we have at least 10,63,500 complete testing kits available including VTM, RNA extraction kits and RT-PCR kits. To ramp up our testing speed, we have given immediate orders for about 63 Lakh RT-PCR kits as per our requirement. We are hoping to receive it within this month.”All real-time RT-PCR kits are approved by USFDA and European CE. In addition, real-time RT-PCR kits have also been validated by ICMR-NIV, Pune. Dr Balram Bhargava, Director General of ICMR had stressed that to contain coronavirus infection, RT-PCR tests must be continued vigorously as the principal diagnostic test.The Department of Health Research (DHR) has assessed the requirement of manual RT-PCR kits as 35 lakhs for which probe, primer and master mix have been ordered. Probes, primers and a master mix are reagents needed to conduct successful RT-PCR tests.Recently, separate from the current order of 6.3 million test kets to be sourced from abroad, material for about 16.4 lakh tests have been received. A further order of two lakh kits was placed with domestic manufacturers as well, which are still awaited.Further, the DHR has ordered 2 lakh Roche’s COBAS test kits, of which 60,000 kits have been received. These are high-speed testing kits. On Saturday, ANI reported that the apex medical research body had crossed over one million RT-PCR tests for COVID19. Till date, the ICMR has done 10,46,450 tests.(With inputs from ANI news agency)